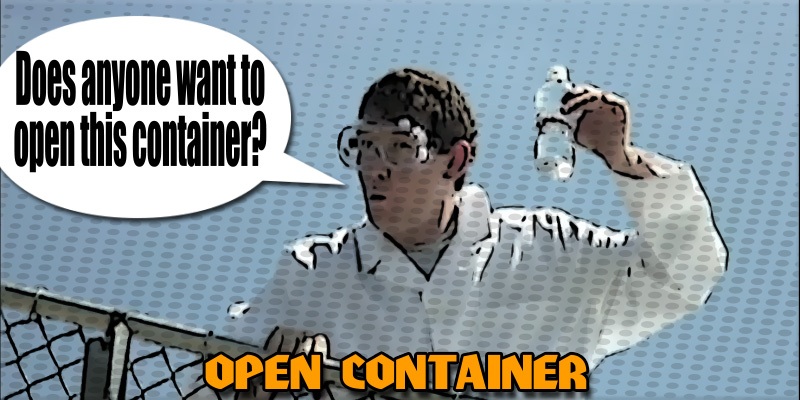 What do you want for Christmas? If it’s bail money, then maybe this blog is a little too late for you. But maybe it’s not too late for everyone else. Most people don’t drink and drive anymore. And why would you, with so many inexpensive rideshare services available now. But what about the open container that was sealed when you took it to that holiday or new year’s eve party? It’s only polite to bring a bottle of something. Perhaps someone opened it and now the seal is broken. But it’s not your host’s pick of poison. Maybe they’ll ask you if you want to take it with you, since it’s apparently your favorite. Would you? And, do you know your state’s current open container law?

If you do find yourself at that party and you are asked to bring that open container home with you, it is imperative that you put it in the trunk of your car (with a really long straw). If you happen to have a truck, it must be kept in the bed of the truck, preferably secured within a cooler or tool box. You may have an SUV or mini-van that does not have a trunk. Then you must keep it secured behind the last seat. I suppose, so it doesn’t roll around and break, hence, a cracked open container!