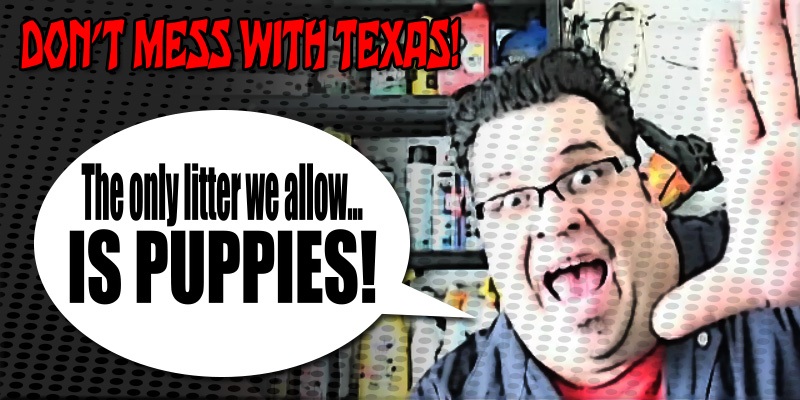 TXDOT (Texas Department of Transportation) and Buc-ee’s have joined forces to clean up litter in Texas. TXDOT and Buc-ee’s This critter don’t litter campaign will have Texas drivers seeing new billboards on major roads and highways combining these two major icons.

This original campaign launched in 1986 has had some success in reducing litter. It is reported that, even with efforts, 362 million pieces of litter continue to show up on our roads. Teaming up with a well-known brand such as Buc-ee’s will extend into the community. And will also promote education initiatives in schools to teach younger generations the importance of keeping the environment clean and picturesque. Yes, just as Ladybird Johnson had envisioned it to be. Who, by the way, launched her own Texas Wildflower program in 1986 as well.

THE BARREL AND THE BEAVER

Buc-ee’s wants our roads to be as clean as their restrooms. In their establishments, you will see the signature “Don’t Mess With Texas” red white and blue trash barrels. And, of course, their beloved beaver merchandise. It couldn’t be a better union of these two, both with a proud and loyal following. Two with a common goal, to fight litter in Texas.

And don’t even think about throwing anything out the window of your car (except ice, water and chicken feathers). No, not even Buc-ee’s Nuggets.