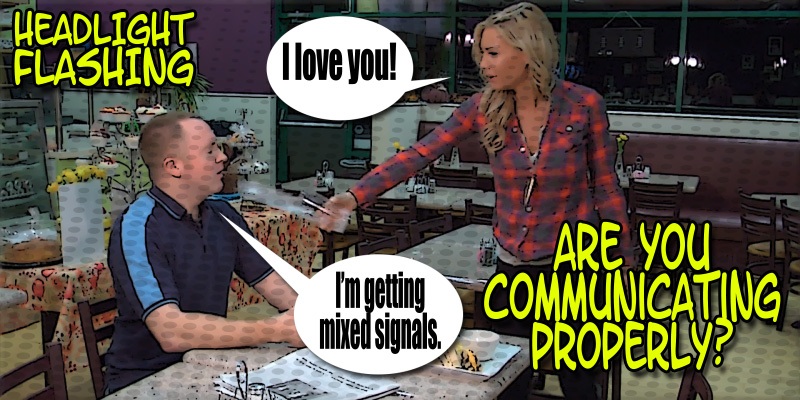 I remember back in the good old days when headlight flashing was a communication tool. If you flashed your headlights behind someone in the passing lane it was to be interpreted as “Please move over so that I may pass you.” Now, apparently it means “Get the heck out of my way.” Truckers still flash their headlights at you after you have passed them to let you know it’s safe to return to the right lane in front of them. But what about flashing your headlights to let someone know that there is a speed trap ahead of them? You can forget that one too. Now, police may consider that a misuse of headlights (unless they consider the First Amendment).

Other Meanings For Headlight Flashing

I’ve only mentioned three uses for headlight flashing. Here are a few others:

Oh yes, and the good old urban legend that has been circulating since the late 1990’s. Do you remember the one about gang initiation? If you are driving after dark and you see an oncoming car with no headlights on, do not flash your headlights at them. Supposedly the legend goes that gang members will kill everyone in the car. And, why would you not believe this could happen since people lose their minds all of the time in traffic. We see it every day in the news.