THE COST OF OPERATING A VEHICLE 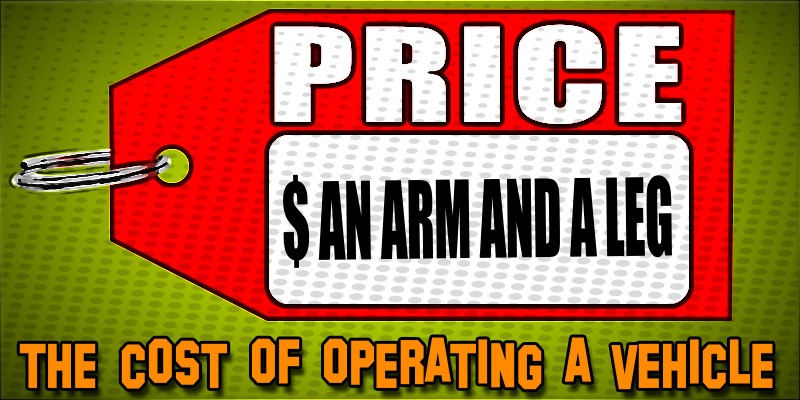 I would love to live in a large city like New York or Chicago with a perfectly designed transit system. Mainly because I don’t like to drive. The only problem I would have is the cold winter months. And, with my job, I have a bunch of crap to haul. The current city I live in has a plethora of transportation options such as cabs, ride shares, the train or bus. But then I would have to make those connections while toting all of my work supplies. I’d have to bring a pack mule with me, hence two transit passes (if they allow farm animals on the train…I think I’ve seen a few).

Although a transit pass here is only $6 per day, it would it be worth it after paying a chiropractor and a mental health therapist for stress therapy. Plus, I’d have to feed the mule. Maybe I could ride it to make my connections! I would definitely love to forgo the cost of operating a vehicle. It would be ideal to be independent of a car payment, auto insurance, fuel, upkeep, garaging, parking fees, toll fees, registration, taxes and other unexpected items. If I compare the two, what would make the most sense, cost-wise?

In 2017, AAA revealed the true cost of vehicle ownership. They claim that it costs an average of $8,500 per year to own and operate a vehicle! That’s over $700 per month. This study is based on driving 15,000 miles annually, which most of us do. They estimated this on several factors including:
• Depreciation
• Maintenance and Repair
• Fuel
• Electric Vehicle or Not
You only pray that fuel prices drop, taxes don’t increase, you can find a good sale on tires and your insurance company gives you as many discounts as possible.

WHERE DOES YOUR VEHICLE RATE?

When I was shopping for a new car, I only cared about price, safety, appearance and of course the quality of the stereo system. Now it gets me thinking…do I even make $ 9,500 a year at this job that I require transportation for?

THE COST OF OPERATING A VEHICLE – Comedy Defensive Driving