HISTORY OF THE AIRBAG 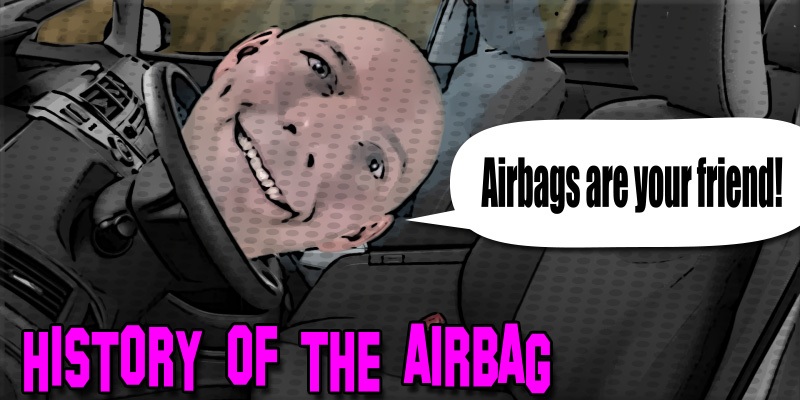 I took a tour at the Kennedy Space Center in Florida over the Thanksgiving holiday. 1968 was apparently a big year, both good and bad. It was the year that Apollo 8 orbited the moon. And the three astronauts aboard were the first humans to orbit the moon. It is said that 1968 remains one of the most tumultuous years in history. Although we had many grand historical achievements, there were also historical assassinations (Martin Luther King, Jr. and Robert F. Kennedy) and how can we forget the Vietnam war. Also in 1968 the first airbag made its debut in Chrysler automobiles. But the history of the airbag goes way back as far as 1919 when inventions and patents were introduced.

The invention of the airbag can be traced back to 1919 when two dentists filed a patent for airbags to be used in and around airplanes. But other patents and improvements were made in the 1950’s and 1960’s. And, by the 1970’s General Motors began equipping their automobiles with airbags (although I remember we didn’t even have to wear a seat belt in the car until 1986. Safety was an “option”).

While airbags are considered a “passive” restraint and are said to act as a “supplemental” restraint, seat belts are considered an “active” restraint. The difference is, the airbag is automatic and the seat belt must be manually buckled. Research has changed the mindset of auto manufacturers who are now aware that the air bag is not meant to be a seat belt replacement, although when combined, airbags and seat belts have saved many lives.

Before 1986, we only had the cloth lap belt like you wear on an airplane. Your mom’s arm was what kept you from going through the windshield before they added the cross belt. And my mom could knock the wind out of you! My Dad used to call my mom the seat belt. Now he just calls her the air bag. Maybe that’s also a phrase from the 1960’s.