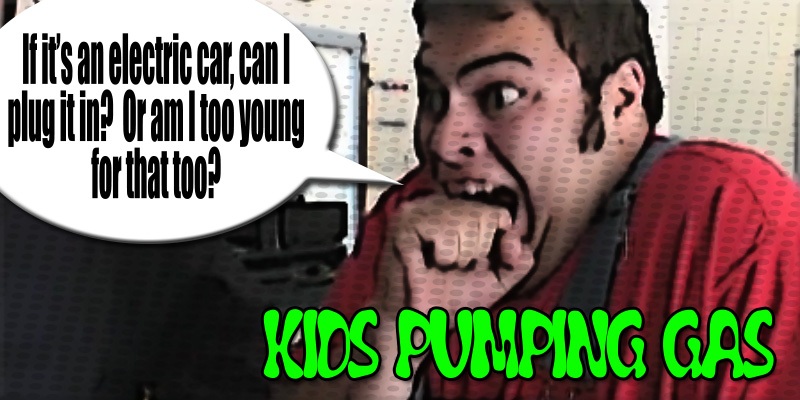 My nine year old niece is so much like me when I was her age. Her days are filled with lots of daydreaming and asking random questions. One morning while spacing out and eating her cereal she said “Aunt Daun, did you know Jesus’ last name is Christ?” In my family, we fondly refer to those as deep thoughts by Simone. Yesterday she told me that it is illegal for a child to pump gasoline. Is that true, I wondered. Used to be that you had options to pump your own gas or have an attendant pump it for you while he was smoking a cigarette. Regular or Unleaded were the options. And, if they pumped it for you, they’d wash your windows and check your oil. “Check yer lubricant, maam” is a classic line that would sometimes take you aback if you weren’t paying attention. I’d always heard that Oregon and New Jersey still required a service attendant to pump the gas. I believe that had more to do with insurance and liability. But what’s the law regarding children pumping gas and is there a legal age to pump gas?

Who Should Be Permitted To Pump Gas?

Although, to my knowledge there isn’t a legal minimum age to be able to dispense fuel, but driving age seems to be the general consensus among both parents and physicians. There may be some states that do have a law in place. Apparently, some gas stations will have warning signs posted PERSONS UNDER THE AGE OF 16 SHOULD NOT BE PERMITTED TO OPERATE THIS FUEL DISPENSING EQUIPMENT. Again, like Oregon and New Jersey, perhaps it’s more of a risk minimizing tactic or an insurance mandate. Of course, health liability for a child would come to mind. Pediatricians would say that toxic fumes could trigger asthma or an accidental spill or splash in the face is a possibility. Breathing gas fumes can cause damage to anyone’s lungs, but especially to a child whose lungs are not completely developed.

Kids Don’t Get to Have ANY Fun!

So it’s a bad idea altogether to let your child pump your fuel. Besides, forget cleaning the windshield if they can’t even reach it yet. And a child should never smoke around a gas pump area.