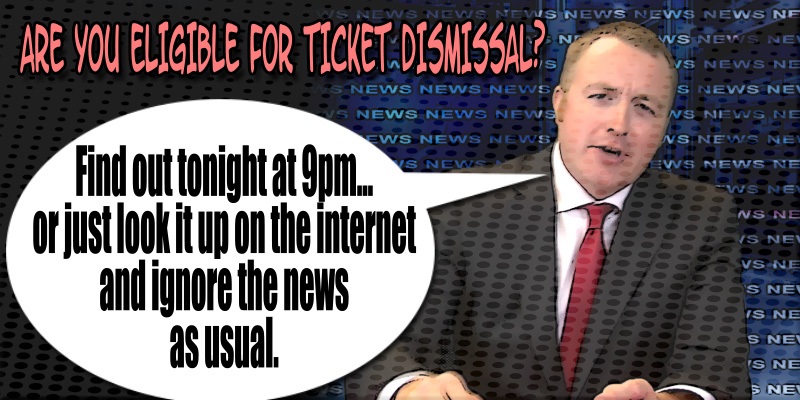 You are not eligible to take a defensive driving class for a ticket dismissal if: